“I couldn’t just sit in a treestand all day. I just don’t have the patience for it.”

I’ve been hearing some version of this statement more and more lately in conversation with western hunters and I have to say – I agree. I don’t have the patience for it either. That is, if all of the other aspects of hunting whitetails didn’t accompany the part where you sit in a treestand all day.

I’ve been hunting whitetails my whole life and will continue to do so until the day I die. Whitetail hunting generally gets a bad wrap from Western hunters. The two hunting worlds are completely different. The purpose of this article is to explain the hidden fulfillment in whitetail hunting that most western hunters who haven’t experienced it don’t understand…

One of the reasons I went out west for the first time to hunt was to open my eyes to a new kind of hunting so very different from the only one I’d ever known at the time. Since I was nine years old, I knew that I loved whitetail hunting – so my effort was focused on how to become a better whitetail hunter. What I didn’t realize until later was that I’d only been exposed to an infinitesimally small piece of what this world has to offer to hunters. Maybe I was a mule deer hunter at heart but had never experienced it? Or maybe I was a bear hunter? Waterfowl hunter? Elk hunter? 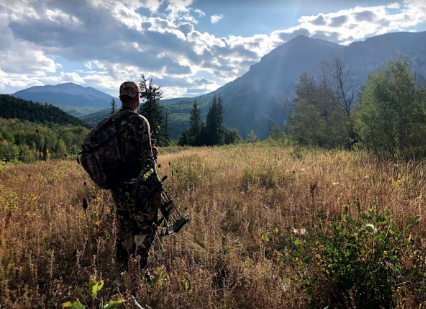 I knew immediately after that first trip that I would be traveling west every year to hunt for the rest of my life. I’d opened pandora’s box – and it would take more than a lifetime to see all there was to see. Despite this epiphany of sorts, whitetail hunting is an american pastime and certainly a large part of who I’ve become. Western hunting has changed my perspective on hunting whitetails – but it hasn’t lessened my passion for it to any degree. That is why I’m so shocked when I hear western hunters talk about how little it appeals to them. Many have never even experienced it – or have only experienced a poor version of it. It’s almost as if they have no respect for it. Whitetail hunting as shown on TV is NOT the correct perception in my opinion – which holds true for most things on TV. This article is not to try and persuade anyone to head east and start hunting whitetails – but it will bring some truths to light…

The majority of people who hunt in the midwest and east hunt on private land. Go ahead – give me an earful about how you can’t afford to buy land, how you don’t have any “connections,” or how much harder it is to hunt on public than it is on private.

That’s a generalization, and there are certainly one-offs, but it’s true for the majority of us average red-blooded american blue-collar hunters that love chasing whitetails. Most people gain permission to access property by working hard and building relationships. Sometimes it costs you a couple of weekends of helping a farmer work his farm to earn it – but I promise you, anyone can do it. There just isn’t as much public land in the east – and there’s more hunters as a percentage of the population (in Pennsylvania). I’ve run into more people and pressure in the woods on private land than I do on my backcountry hunts – so it’s not fair to claim that it’s an untouched private utopia of wildlife just because its private.

When a western hunter pictures hunting whitetails in the east, they picture walking 100 yards from the truck to a treestand on a cornfield and sitting there all day (bored out of their mind) hoping that a big buck will just happen to show up. What they don’t see, and the part of whitetail hunting that yields the sense of achievement you feel when you finally make a harvest, is what’s going through that hunters mind when they are sitting in that stand on the edge of a cornfield, or in a thicket, or over a clover food plot…

Let me paint a picture.

You just got permission to hunt an old 200 acre cattle farm that is mostly overgrown and under maintained. It has only a few livestock left on it, no agricultural fields on it, no roads through it, and no vantage points to glass from.  PERFECT. Just hang a treestand on a deer trail and wait for a buck!

Wrong. An experienced whitetail hunters knows that hunting old, mature whitetails it’s far more complex than just picking a spot and hoping for the best. You can sit in the same spot year after year, and have poor results year after year – even when that spot looks perfect! It’s not a one size fits all type of hunting.

There’s no vantage point where you can glass these deer and see exactly what they are doing. There’s no established, centralized food that brings them to the same place every night. There’s 6’ high briars all over the property that make the deer invisible until they decide to step out in the high grass which makes them barely visible. How on earth are you going to even pattern any deer, let alone find a good buck, if there even is a good buck on the property to begin with?

Borrow your neighbor’s tractor and get to work. You brush hog some access points to different parts of the property so you can sneak in to your hunting spots without busting deer. You set up access to spots where you can hunt different winds. You look for seasonal food sources and brush hog quarter acre patches to plant food plots. You locate some white oaks, red oaks, black berry bushes, apple trees, and other seasonal food sources. Hang some trail cameras, take some soil samples for your food plots, and come back in a few months.

You spent countless hours putting in food plots and sure enough, it’s starting to pay off. The clover and chicory are finally becoming established and there are deer coming in from all directions to gorge on it. You’ve seen this before though. Even though every deer in the county is eating here right now, if you don’t locate the fall food or make a few of your own, this food source is going to be long gone before the archery season even opens. But it’s a start. You can see some of the deer that are in the area and at least be able to hold some deer on the property for now.

You see some deer trails heading out of thickets into the food. There are tracks and fresh sign. It looks promising, but what’s really coming in? Your well-placed trail camera reveals the truth.  There seven different bucks hitting this new food source at different times, but there’s one crusty old buck that shows up after dark and clearly stands out above the rest… The only problem is that he’s only here at night. But it’s a start.

The cat is out of the bag. There is an old buck on this property. Buckle up – because I promise that he is not going to do what you think he’s going to do as soon as opening day of archery season rolls around.

Fast forward to the fall. You have worked hard to establish food sources for early, mid, and late season. You give yourself access trails to different well placed stand locations that you hunt based on different prevailing winds. You trimmed shooting lanes, brushed in blinds, and placed stands to catch this buck off of the beaten path in places where he is prone to approaching from because he can maintain cover until the very last minute. It’s finally time to match whits.

You get out of the truck two hours before sunrise, put your hunting clothes on (which you’ve worked so hard to keep as scent free as possible), and begin the painstakingly slow, arduous, quiet hike into the stand. You pray with every step that there’s not a deer in your path that’s going to bust you and let every deer in the field know your coming…

You make it to your tree and climb very slowly, thoughtfully, until you make it to the platform. You knock an arrow in the dark…and you wait…

When the sun comes up on a whitetail hunters world, it may not be a vast, untouched wilderness beckoning you to crest the next ridge. It might not be looking out over a couley or a canyon or an alpine basin – 12 miles from the nearest rumble of a truck engine. Those are amazing places and they are worth the journey.

When the sun comes up for us dieheart whitetail hunters, you are looking out over the fruits of your labor and hard work. You see the countless hours of scouting and work manifest in the deer and turkeys and the squirrels and the doves enjoying the food and nourishment you’ve provided them. You see a doe and her fawns chase each other around a clover plot. You see young bucks sparring with each other, enemies one minute – best friends the next. And maybe….. and it’s definitely a maybe… you have a run in with that crusty old buck. A buck with scars on his face and a broken tine from proving his dominance, who has outran the coyotes, eluded the orange army of gun hunters for six and a half years…a master of survival.  He has done a perfect job of remaining stealthy and undetected… until now. 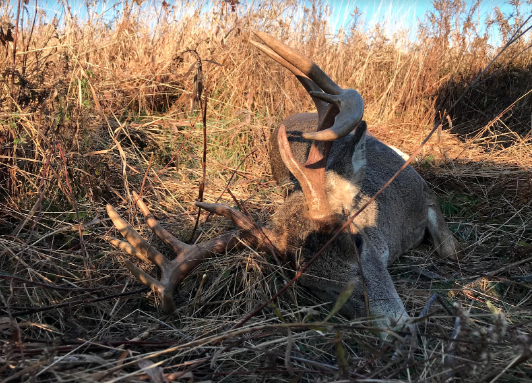