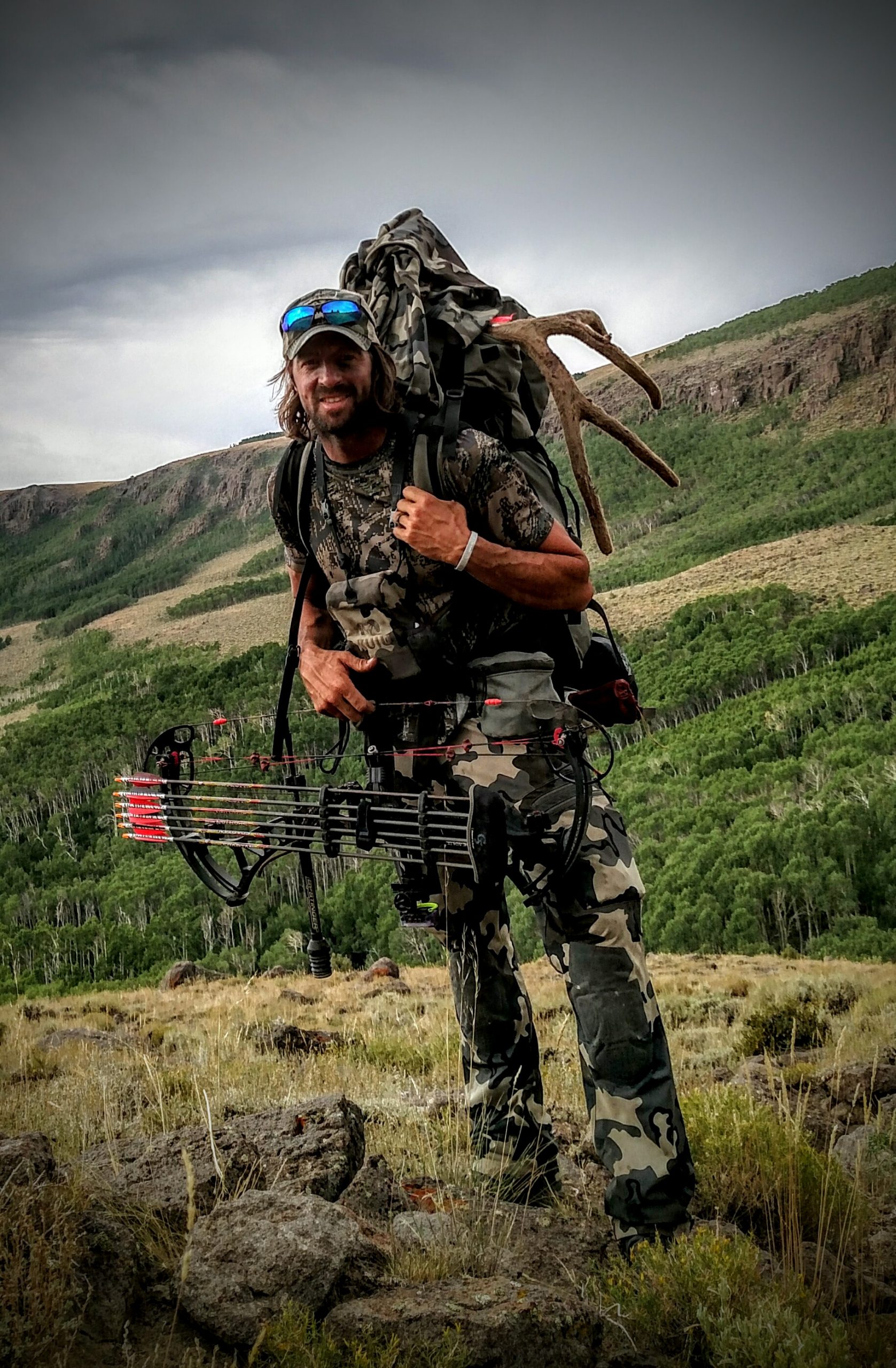 My wife @dochillary has finally talked me into sharing my 32 years of living, eating, and breathing #hunting. I live to be in the #mountains, away from the noise and stress, and even though many will not understand my need to hunt, everyone should yearn for the quiet inside themselves. The number one #question I get is " You hunt by yourself?" Yeah, most of the places I go most would consider out there, but that's the very reason I do it- I need to be alone. So with my wife's nudging I'm not only posting on Instagram each day, I'm starting a blog to answer the question above AND tell you the story of this bull- my 2015 WA #archery #elk #hunt -after I figure out all the technology. That alone is another 32 years of stuff I need to learn. 😉 stay tuned #stealthyhunter #backcountrybeast #bowhunter #hunttolive #huntharvesthealth #elkshape #meateater #traintohunt #getoutside #solohunter #onnit #mountainops #gowhereotherswont #beastmode #elkhunting #backcountry #keephammering #kuiu

Kicking and screaming is how I would describe my introduction into the world of social media.  I had a real hard time seeing any real benefit when it came to sharing photos or stories to the masses.  What’s the point? Isn’t it just a huge waste of time?  I could be working in my garden, going for a hike, shooting my bow, training, researching next years hunts, playing with family….heck I’d rather clean gutters and pull weeds than get wrapped up in the the craziness of social media.

I’ve always been on the quiet side and I’m extremely comfortable NOT being the center of any kind of attention.  I don’t like public speaking and I’m best one on one.  The “look at me” disease of social media that I feel has become the common place in society today is something I’m very conscious of and have tried hard to avoid catching at all costs.  It’s another reason I love being alone in the mountains.  It’s a real place, far away from the civility of city life, where people lose reflection and grit.  For years I would lecture my wife to get off her social media because it seemed to be a world of fake people and even though yes, I had a FB page, my goal was never to make a comment on either mine, or others, posts.  It was strictly for entertainment.  .

This changed however, when my wife decided it was time to for the world to get a glimpse of my life as a hunter and gardener.   We went on a date and she set me up an Instagram account, heck she’s the one who came up with @sthealthyhunter,  wrote the first post and picked the pic.   After a full day of just trying to wrap my head around #hashtags and writing novels on my IG page, I thought it would be nothing more than a once in awhile thing. I’d go back to my daily life, and not much would change.

Well folks, I’ll admit I was wrong. Not completely wrong, but lets just say somewhat wrong, as to avoid losing my title of being very stubborn.  Once I immersed myself into posting photos, I became well, obsessed.  But not obsessed with the “look at me” disease- I became immersed in the community that began to develop around me.  Suddenly there were thousands of perfect strangers, much like me, who had the same interests and voila! opportunities began to open up for me in so many ways.

Opportunities rarely presented themselves before I entered this new and unfamiliar world.  In May, my IG account was randomly picked  by Gritty Bowmen for a free entry into the Nevada Train to Hunt event.  Without much training and wondering if I could swing it with work, my wife stated I’d be a fool not to go.  So with only one week to prep, I headed there with the idea that it would a bunch of competitive hard core archery folks.

What I found was not only that, but a family of sorts, and I found myself slowly coming out of my shell.   Finding that there are so many others that share my passions for health, exercise, hunting, archery, and family,  was truly incredible on it’s own.  But understanding that my passion and years of experience doing what I love has given me opportunity for the greatest of all gifts-  self growth and service.   Helping others, especially younger kids,  with their desire to hunt, grow food, and just become more self sustainable has been a true eye opener.

I’ve learned not to always judge a book by it’s cover.  Social media does have it’s flaws, but I can honestly say I should have done it sooner.

My kicking and screaming has now transferred to this blog, since it’s taken me over a year to write anything, but I’m sure a year from now I will be a seasoned pro.  Like anything- practice, patience, and consistency = SUCCESS!