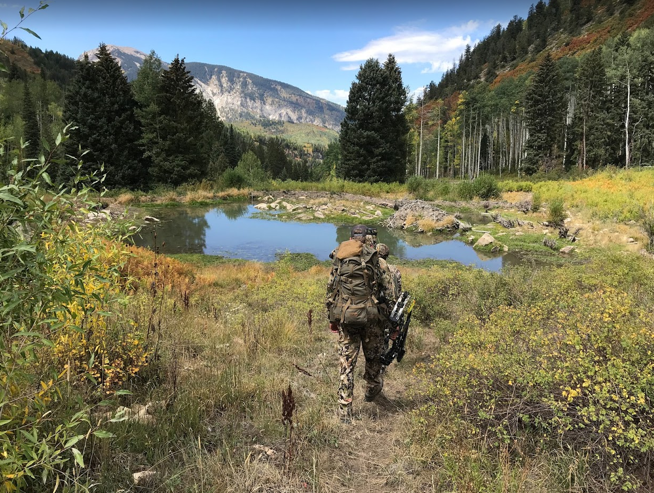 I have been fortunate in my life to have experienced hunting for a handful of different big game animals. I have hunted with some very skilled hunters on both successful and unsuccessful hunts. On the other hand, I have also hunted with poor hunters and had my share of some downright awful hunts. As I continue down the endless path of developing my prowess and skill as a hunter, I search for opportunity to learn from those who have knowledge and expertise to share. The serious outdoorsman is in a constant state of self-development – evolving year after year honing their hunting and woodsmanship skills. Very few people of this kind ever reach the elite status. Upon reflection of some of my experiences, a few select characteristics seem to be consistently found among those I’d define as “great” hunters. These traits span a large spectrum of areas and methodologies and are seemingly universally applicable.

But first, how do you even define what it means to be a “great” hunter?

This label has evolved over the past century and encompasses a more complex answer than one might think.

Two hundred years ago, it was probably those who could harvest animals for food most consistently when called upon.

When hunting in America grew from a practice for necessary food gathering to a more of a traditional past time, it was also those who could harvest animals most consistently.

Only recently did the concept that a hunter should be judged by the size of the animals they harvest become the standard unit for measuring greatness. It became a competition. Boone & Crockett and Pope & Young scoring systems became the standard for measuring trophy size animals, as well as the measurement of one’s level of success as a hunter. “Grand Slams” and “World Slams” were created and those that were able to achieve these “slams” were designated as elite hunters. Those who could afford the best guide service could go and kill the biggest ram. For some it no longer mattered how you got it – as long as they got one.

In the modern world, it seems most are judged by the quality of their Instagram and Facebook pages, how many deer they have mounted, and what their biggest buck scored… This is foolish.

There is something mystical about a giant deer, elk, or moose. But is the mystique predicated on the antler score itself – or is it the fact that it’s a mature animal? A mature animal is a mature animal regardless of how many inches of antler it has. And a mature, seasoned animal is the ultimate quarry.

In the big game world, I would argue that a great hunter is someone who achieves success consistently. More specifically, it’s someone who consistently harvests mature animals. But remember, success is a relative term. The kind of hunter that I’m talking about is someone who you could drop into unfamiliar territory and know that given enough time, they will figure out the key to success. This kind of hunter manages to find a mature animal(s) in their home territory every year. They make it look easy. Their freezer is always full.

Local legends earn the status of “great” through consistency. Have you ever noticed that some hunters produce year after year with seemingly less effort than others? They must know something that you don’t…

When asked, they disappointingly disclose that there is not a secret formula. They may offer some good advice, tips or tricks, or maybe some words of wisdom, but not the secrets that you know they must be hiding.

Hunting, like most things in life, takes place in a dynamic, ever-changing environment. There is new technology, altered regulations, and environmental circumstances that add new challenges each and every year. So how do some manage to be so consistent year after year? And with seemingly less effort than what YOU put in?

The single most important factor that I’ve found is: they know when to strike.

Much of hunting is luck. In a sense, you always have to be “lucky” to see your quarry in the right place at the right time. But “the better you are, the luckier you seem to get.”

A mature animal is not going to give you many second chances. That’s what makes them elusive. That’s why they have reached maturity in the first place. One sniff of your scent trail or one glimpse of movement is often all it takes for that animal to change his pattern or be long gone altogether. Ever wonder why you had an animal dialed in and patterned, but despite his frequent occurrences, he never ends up showing while your hunting?  It only takes one slip up. You must know when to strike.

I am going to use a fishing analogy to explain what I mean by this in more detail. Through years of muskie fishing, I have noticed that more time on the water does not directly correlate to catching more fish. Muskies are commonly referred to as “the fish of ten thousand casts” due to their elusive, picky nature as the apex predators of freshwater ecosystems. When I first started fishing for them, I was on the water every time I had the chance. I’d put in the time, pay my dues, and held faith that my time would come as a muskie fisherman.

I began catching some fish, but it was inconsistent at best. First I started to realize that certain times of year I would catch fish, and other times I would not – so I stopped fishing during the “bad times.” Then I started to realize that I’d catch more fish during certain weather conditions and not during others – so I stopped fishing during those particularly bad weather conditions.

After multiple iterations of this extremely labor intensive narrowing of the learning curve, I began to see that I could catch just as many fish as those putting in many more hours than I was when I would fish at the right times. Hmmmmm….

Everyone says that persistence and patience are the keys to success. That’s because they are. However, persistence and patience have a synergistic effect that separate the haves from the have nots. They result in the development of a trait commonly referred to as intuition – and it’s why some people seem to consistently have good results with less effort. It may seem like they put in less time and that may be true. But I promise you, it was not always that way for them.

There is an intuition that is developed through time spent on the lake, in the woods, or on the mountain that is not achievable without putting in the time AND without careful observation of your surroundings and the factors that are impactful. Yes, you can lessen the learning curve by learning and hunting with great hunters and reading great books, but there is no substitute for intuition. That’s why great hunters cannot explain what makes them successful. It’s ingrained in them.

What I mean by intuition is the indescribable feeling one gets when they get home from work one night and the weather suddenly shifts, a front starts to move through, or they flashback to their experiences years prior and it just feels right. They know that they need to be on the mountain tomorrow because it’s going to be worth it.

You are not going to find them doing whatever it was they were supposed to be doing that day.

TIME spent on your craft is feed for the ever-growing obsession that many of us are all too familiar with. But it’s the obsession itself that motivates great hunters to put in the time to become great. It’s a never ending feedback loop. You can’t have one without the other. That’s because when time and effort is put forth, there is now something at stake. You now have skin in the game. You can’t get that time or energy back.

If you’ve ever stopped to wonder why you are so obsessed and dedicated to your hunting endeavors and just can’t seem to get enough, then you know what I’m talking about. Without the time spent figuring out the craft, developing the skill, and failing, the end result of a harvest wouldn’t be as sweet. When someone teaches you everything, your stake is much lower because you didn’t put in the time.

This is why you see so many young hunters lose interest in hunting after a couple successful hunts. When their dad, uncle, or friend leads them into a stand on opening morning and they kill a 150 inch buck, they are unaware of the hours and hours spent scouting the fields, checking cameras, or building food plots. How could a young kid all-of-a-sudden just lose their interest in hunting when they already have multiple big game trophies on the wall at such a young age? Yet, this is common.

You may be familiar with the term loss aversion, which refers to the neurological preference us humans have to avoid loss first rather than achieving gain. Without the risk of your time, effort, or money, there isn’t anything to lose. Not failing is more psychologically impactful than what is gained. The kid may have a dead buck on the ground, but does not understand the time and energy that it took for those moments to culminate into success. They didn’t have the time invested. They didn’t have anything at stake.

It may have been fun, but it wasn’t fulfilling.

Success as a hunter is relative – as are most things in life. A trophy animal is what YOU decide it should be. A successful hunt doesn’t require a dead buck. A doe can be a trophy to a first time archer. A 5-point buck is a trophy to a first-time hunter who just made their first solo kill. If a 120 inch deer in your area is a giant and would be a trophy to you, don’t let anyone ever tell you otherwise.

Your trophy room is your respect and memoir for the animals that YOU want to remember for what that hunt meant to you.