Calling In The Herd Bull – with Joel Turner 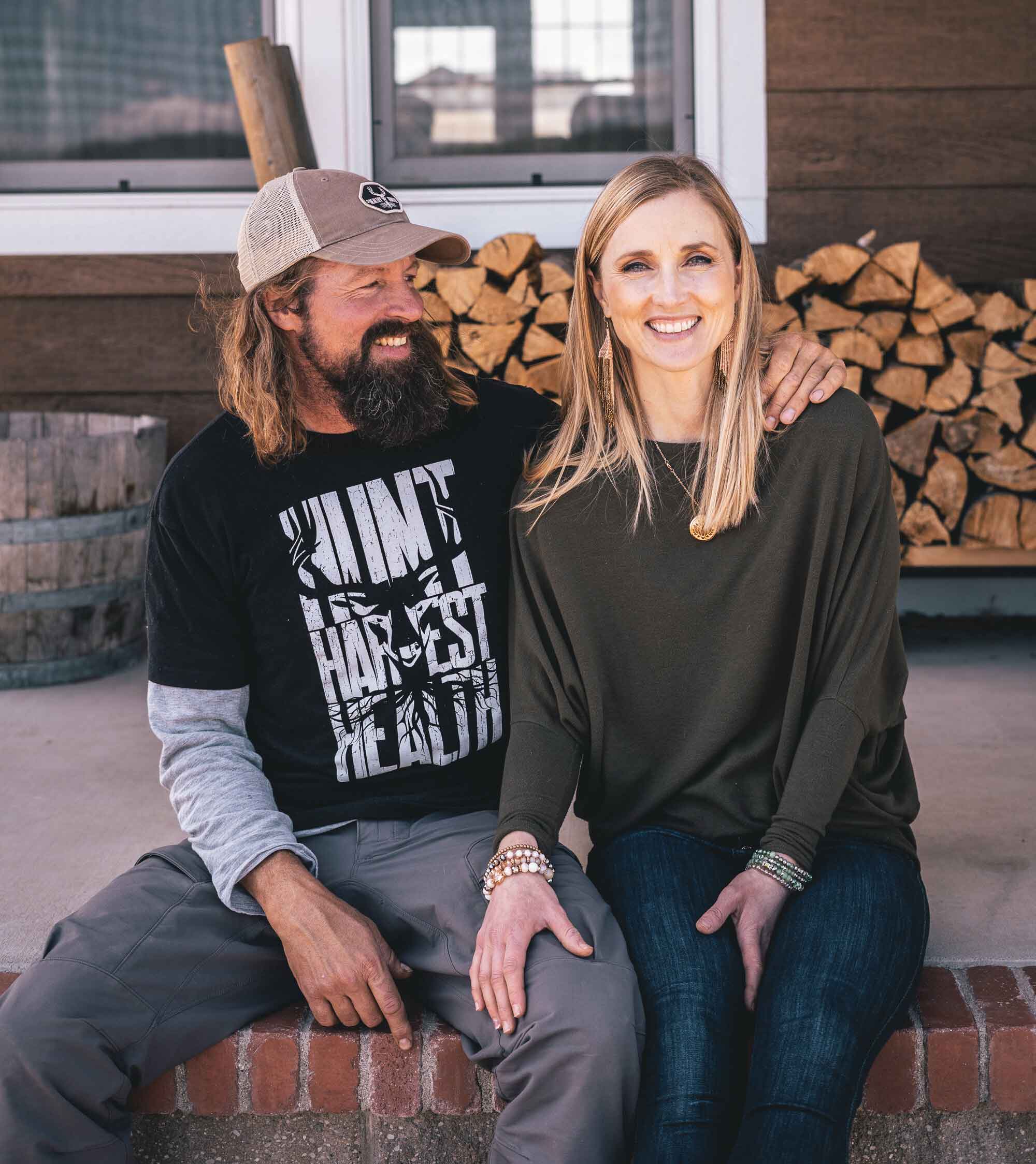 I don’t know about you, but if I see one more video on how to make elk-like sounds from a bugle tube – I may lose it. There’s no shortage of “how to” videos out there teaching folks how to make basic elk calls. Many of these demonstrations (although useful for beginners) are oversimplified versions of an “elk hunting tactic.”  In my opinion, knowing how to sound like an elk is not a “tactic.” It’s a prerequisite to becoming a skilled elk hunter. Being a skilled elk hunter has more to do with understanding elk behavior during an encounter and choosing the right tool out of the toolbox of tactics. I don’t just want to know “HOW.”  I want to know the “WHY” and the “WHEN” for using these sounds. I want to UNDERSTAND what the sounds mean. What am I telling the bull? What is he trying to tell me? Am I communicating with the cows or the bull? What am I trying to say versus what am I actually saying? I find myself searching for these answers and they are a lot harder to find than an instructional video on how to bugle with a bugle tube.

One of the reasons why so many people are addicted to elk hunting is because of the vocalizations. There may not be a more intimate form of hunting out there than becoming (or pretending to be) an elk. Fooling a bull into thinking you’re another elk, coaxing him away from the herd and into bow range. Does it get any more exciting than having a thundering bull come stomping down the mountain, snaut runing down his nose, eyes glazed over with anger, and knowing that his intention is literally to gore you to death? You’re infusing yourself into the ecosystem to such a degree that you’ve become one of them, even if it’s just for a short lived interaction. That’s what we live for as western big game hunters.

If you haven’t taken Joel Turner’s ShotIQ shooting course, you may be unknowingly limiting your own potential. He’s helped countless people become both proficient shooters, and more lethal hunters in high pressure situations. Joe Rogan, Donnie Vincent, Nate Simmons are a few of his clients just to name a few. As a speaker at the 2021 Western Hunting Summit, he taught lessons on a variety of subjects – one of which featured his unique elk calling philosophy. As an experienced hunter who has targeted, called in, and harvested many herd bulls, his tactics focus around herd bull interactions. Here are a few tips from Joel’s presentation that may help you call in the herd bull during your next encounter.

Contrary to popular belief, herd bulls are typically unable to service their entire harem (yes, I used “service” as a synonym for more graphic verbs). This means that cows in heat will likely breed multiple bulls will in estrus – including satellites. This is why bulls become defensive when confronted by an intruder bull. However, if challenging the bull during every single encounter always worked, there would be a lot more elk taken each year and a lot less 10% or less success rates in OTC units. So why doesn’t directly challenging the bull not work every time?

Not every bull is naturally aggressive in nature. Elk have personalities just like humans. Some are loners, some are super aggressive, some are very quiet while others seem to never shut up. The answer to the question lies in the fact that many times it’s easier (and safer) to run than to fight. That’s why gathering the herd and taking off over the ridge is the most common response to a challenge. So the real question is, how do I do a better job at picking a fight with the herd bull?

Joel’s analogy to address this question is both comical and accurate. Say you walk into a bar and there’s a beautiful girl at the counter that you want to go talk to. However, she’s sitting there with another guy who is likely her boyfriend or husband. If you walk right up to the guy and try to pick a fight, he has a couple options: 1) fight a random guy at the bar over his girl and risk losing 2) take the girl and leave together  3) walk away. As an elk hunter, only one of these options gives you the result that you want.

Now let’s say that you’re in the same situation, but you choose a different approach. Rather than confronting the guy at the bar directly, you wait for him to leave and then you go and talk to his girl. Now what kind of an outcome would you expect? When he comes back and sees you hitting on his woman, he HAS TO FIGHT YOU.

Call to the cows – NOT THE BULL.

Tip 2: Talking to his ladies 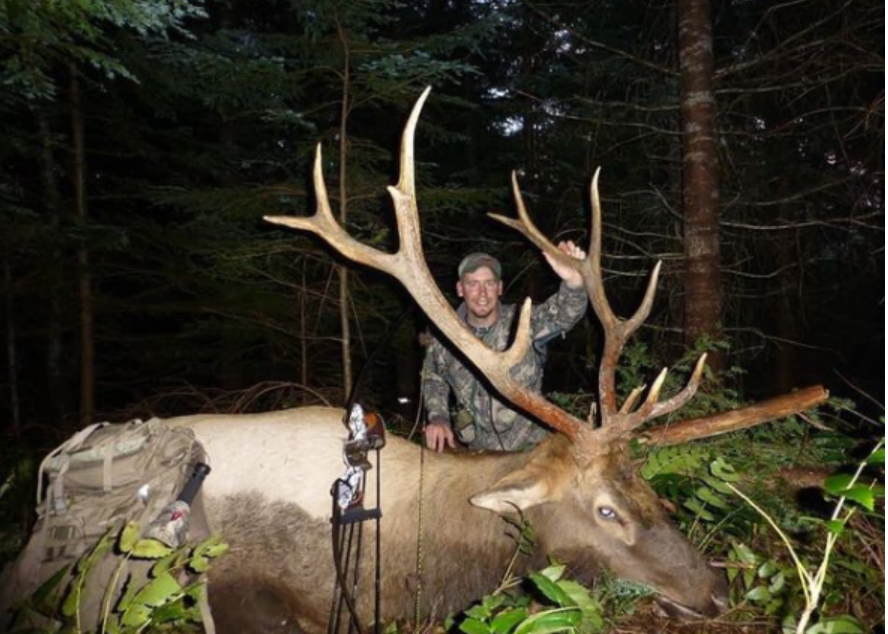 What do you think it means when a bull chuckles? The answer is open to interpretation, but in my opinion, it means HE HAS SATELLITES. Location bugles do not include a chuckle. Advertising bugles do not include a chuckle. It means that he is likely a herd bull with cows, and that there are likely satellites intruding on his herd. So how does this relate to your calling tactics? Stop chuckling! When you chuckle, you are communicating bull to bull. When you bugle, you could be challenging the bull, but depending on timing, you could be advertising to his cows! If you time your calling right, let him respond to you and make it sound like you are advertising to his cows. Ignore his responses. Own the scenario and be in control of what you are communicating to the bull. Talk to his ladies, and he has to come fight you.

Tip 3: The secret to locating bulls

What time of day do most people spend wandering around the elk woods calling? The answer is during the day when in all reality, most bulls (especially herd bulls) are bedded and quiet. Sure, you can locate satellites during the day and you can also locate herds, but the odds are a lot lower unless you stumble into them at close range. You need to be out locating bulls in the dark when they are most active and most vocal. Location bugles are not complicated or fancy – get the right high pitched tone, hold it, broadcast it, and listen. You can’t hunt elk that you don’t know are there. Sure – it’s going to affect your beauty sleep but when you look like me, that’s a lost cause anyway. We live for elk hunting. We think about it all year long. Sacrifice your sleep and go find the bull you want when he is most vulnerable – and that’s in the dark. Be on him first thing in the morning.